THE TIE THAT BINDS: After landing the role of Johnny Cash in Walk The Line, Joaquin Phoenix spent almost a year getting into the character of the deeply troubled country icon. Then he discovered he couldn’t get out. (Spin, December 2005)

COLD AS ICE: With his street-lore raps and easygoing delivery, Young Jeezy has turned his hustle legit. But as the heat surrounding his dustup with former collaborator Gucci Mane intensifies can the Snowman truly change his flakes? David Peisner explores Jeezy thug motivation. (Vibe, September 2005) 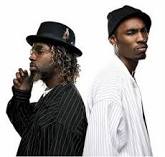 REFLECTION: Believe it or not, there are more than G-strings and salt shakers occupying the minds of the Ying Yang Twins. David Peisner discovers at least two sides to their story and uncovers the secret behind all that whispering. (Vibe, July 2005)

NATURAL BORN THRILLER: Live-wire Juliette Lewis became a Hollywood sensation thanks to her daring roles and oddball personality. Now the chameleon-like actress is trying to become a rock star with an album and a stint on this year’s Warped Tour. (Spin, September 2004)

BREAKFAST OF CHAMPIONS: Tom Waits and Jim Jarmusch chew the fat over the offbeat anthology, Coffee and Cigarettes (Spin, June 2004)

AMERICAN IDLE: British funnyman Eric Idle has been from here to The Rutland Isles, but it’s the USA he loves best. At least that’s what he tells the immigration office (Spin, April 2003)

THE CLASS-CUTTER’S HISTORY OF COLLEGE COMEDIES: Drop those textbooks, put down your pencils, hide the bong and fire up the VCR: It’s time for Spin’s crash course in the zaniest, booziest, horse-abusingest campus films that cinema has to offer (Spin, October 2002)

LEARNING TO LIVE WITH WHAT YOU CAN’T RISE ABOVE: Bruce Springsteen and Steve Earle grapple with a post-Sept. 11 America (Septemeber 11, 2002)

ROUND AND ROUND: The Brunswick Fair proves some things never change (Creative Loafing, November 14, 2001)

RAILROADED THROUGH MOROCCO: Who put the seedy in Sidi Kacem? (Creative Loafing, August 22, 2001)

YOU SAY YOU WANT A REVOLUTION: Jay Bakker’s at the forefront of a movement trying to give Christianity a new face. It’s young, it’s loud, it’s brash. But what’s he really saying and who’s listening anyway? (Creative Loafing, May 23, 2001)